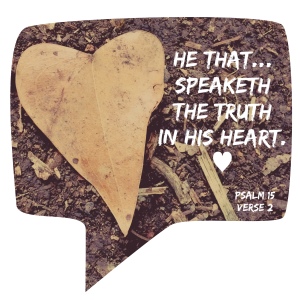 I read an interesting blog post this week that a friend shared on Facebook. It was about whether or not everybody experiences the phenomenon of the internal monologue. It seems most people are able to hear the sound of their voice in their heads and, indeed, have silent conversations with themselves. But a smaller percentage of the population has no idea what that means. They don’t hear the sound of their own voice without speaking out loud. Some people actually don’t think in words! Oh, the horror! It’s mind boggling to me. It almost leaves me speechless…except that that’s not even possible — thanks to my constantly chugging brain train. I’m hearing words all the time as I have internal conversations with myself about everything throughout the day. Like the original article said, I can stand in front of a mirror and have a full blown conversation with myself without ever opening my mouth. It’s always been like that for me. When I read, when I write, when I think, I hear the words in my own voice inside my head.

When I asked my husband about his internal monologue, he didn’t really know what I meant. I tried to explain, but he was still a bit baffled. I said, “Well, how do you know what you’re going to say before you speak if you don’t hear it in your head first?” And he said, “I don’t! That’s what gets me into trouble when I have to read aloud or when I’m preaching.” I just cannot imagine! Not that the internal monologue has always saved me from putting my foot in my mouth though. Far from it!

Then we polled our kids. C-Bear, our 13 year old daughter, looked at me kind of funny when I started to explain the chugging of my brain train. She said she doesn’t hear the sound of her own voice speaking in her head, but she does hear other people’s voices. If she’s playing a game, for example, she can imagine my voice or PJ’s voice in her mind. When she reads a book, every character has a different voice, and she hears them individually when they are talking. But, interestingly enough, she doesn’t hear her own voice as the narrator. She said she can talk to herself, but it has to be out loud when she’s alone. I am blown away by that. I can’t understand why you would have to speak aloud in order to talk to yourself. She also said when she’s thinking, it’s more of a visual thing for her. Sometimes she can actually see the words she’s thinking in front of her. Fascinating!

But I’m not alone in this household. Six year old Little Mister lit up like a lightbulb when I started explaining my internal monologue. He said, “Yes! I know exactly what you mean! I can hear my own voice all the time. It’s like I have a tiny creature in there. I have meetings with myself. I love my mind!”

The article I read speculated on how this internal monologue (or lack thereof) affected people academically. There must be different ways to formulate questions, to read and process information, to write out your ideas. Speaking of writing, that is something PJ has found very helpful recently. He’s never really been the type to be closely in tune with his emotions, but he has found the act of journalling to be revelatory to him and a huge part in his journey of self discovery. He says he’s not sure he would even know what was going on inside of him without writing it out. Interesting! I can’t relate, but I’m guessing it must be very difficult for people to imagine any other way of doing these things than the way their brains have always done them.

Beyond academics though, all of this intrigues me at a spiritual level. What does it mean for our relationship with God? My internal monologue is a huge part of my prayer life. I’m not even sure I could pray without it. I’m curious what prayer or meditation is like for people who can’t hear the sound of their voice inside themselves. When I meet with God in the secret recesses of my heart, I am most often thinking in words. Sometimes there’s images or ideas, but part of the process is usually trying to put those pictures and thoughts into words that can be communicated.

Maybe King David, author of many of the Psalms, was an internal monologuer like me. I was reading in Psalm 15 the other day, and in verse 2 David is describing the person who can abide in the Lord’s tabernacle and dwell on His holy hill. And one of the characteristics he describes in this person is someone who “speaks the truth in his heart.” One translation I read said “acknowledges the truth in his heart”, and another said “speaks the truth from his heart”. So, you know me, I had to go and look at the Hebrew. Are you ready for this? It uses the word דבר which means speak, as in a conversation. And the prefix used in front of the word heart is ב which means “in”, not מ which would mean “from”. 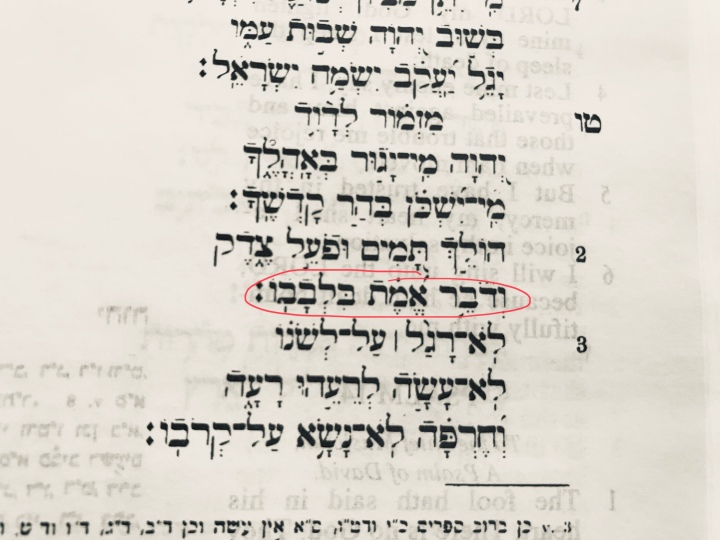 SPEAKING the truth IN your heart. I definitely speak in my heart. Constantly. Ever since I can remember. And it’s exhausting! But it’s also a part of who I am, and I can’t imagine if that voice disappeared. The downside of having these conversations in my head though is the opportunity for temptation to enter in, for me to begin speaking and believing lies in my heart. And once I hop on that mental train, it’s a one way ticket to miserable-ville! I’m praying today for God to show me His truth in any areas that I’m lying to myself in my very active internal monologue! I’m praying for the courage and strength to speak only the truth in my heart today!

6 thoughts on “The Chugging of My Brain Train”