Back at it this week after a wonderful vacation.  Boy, it’s hard to jump in full force after taking a week off of school.  It always seems like so much, such a heavy load, until you get back into the routine of it.  Routine and habits are powerful things!  They really boost productivity and efficiency, don’t they?  Anyway, after a rocky start to the week, it all turned out fine in the end.

The girls enjoyed learning about the Black Death this week in history.  Well, perhaps “enjoyed” is not the appropriate word choice here.  They did find it fascinating.  We had some headaches, feverishness, and sore limbs in the household this week, and they kept jokingly commenting that they hoped it wasn’t the plague.  In all seriousness though their tender little hearts were genuinely thankful that we don’t live in an era where sickness like that would be so misunderstood and frightening.

Last night for family night we had our usual feast of pizza and popcorn and enjoyed the old Disney movie Homeward Bound.  I hadn’t watched it since I was a kid.  The girls loved it.  There was laughter.  There were even some tears.  It was fun to see some of the wild animals they have been reading about in The Burgess Animal Book this year.  And our Lancie boy (who shares much in common with the impetuous pup, Chance, in the movie) got lots of extra cuddles and hugs before bed last night.

Baddy and Banky joined us one evening this week for our Island Story reading.  We read about the fight between King Edward II and Robert the Bruce, King of the Scots in the Battle of Bannockburn in 1314.  It was particularly interesting for PJ and I because we visited Stirling and Stirling Castle years ago, and it was our favourite castle we saw in Scotland by far!  I need to dig out those old pictures (pre-digital as they were).  C-Bear and Boo amazed us all with their narrations.  And I was reminded of the power of focussed attention and the gift that narration is as a tool in our homeschool journey.  It’s so simple on the outside (telling back what you just heard), but it always amazes me when they remember details that I don’t, even though I was the one reading the chapter.   There is so much happening in a child’s brain as they compose their oral narrations and tell the story back to you aloud.  They are sifting through and synthesizing ideas.  It is an act of composition.  They are reliving the story and storing those details in their mental “closets” (as Boo would say).

Oh, and here are those pictures.  You can really see how high up the castle is.  It is a breathtaking, commanding view of the countryside from up there.  Absolutely beautiful.  I wish I had known even as much British history as my kids do now  when we visited these places.  I guess it’s a good excuse for another trip there someday though. 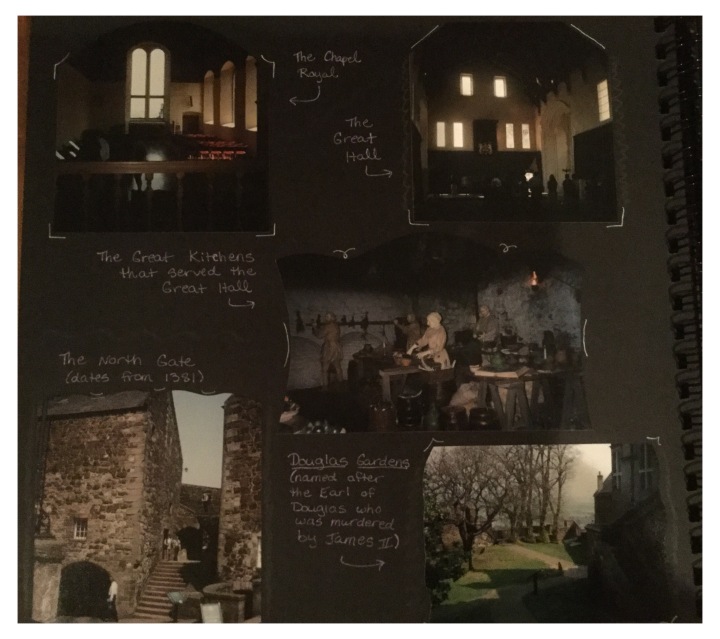 Yesterday for our nature study I was determined to just.do.something!  It’s been difficult to get to a brook or river this winter, and although that is our topic for this term I didn’t want to drop the ball on nature study just because of the inconvenience.  So Thursday evening I did a bit of digging (with the help of my Handbook of Nature Study and good ole Google) and found some information on a beautiful bracket fungus we had taken pictures of on our nature walk last week.

Turns out it’s Trametes versicolor, one of the most common fungi in our North American woods.  The girls got a kick out of its common name – turkeytail.  We talked about the role of fungus in general in breaking down deadwood in our forests.  We talked about whether mushrooms were even plants since they contain no chlorophyll and are incapable of photosynthesis. We also talked about how dangerous fungi are to healthy, living trees (despite their benefit to dead trees) and how we should never recklessly hack away at the bark of a healthy tree because we might open it up to infection by spores, shortening the tree’s lifespan.  Anyway, back to these gorgeous turkeytails.  The ones we saw were blues and browns and creams, but when we searched for images online we found out they come in just about any colour variation you can imagine.  We were also surprised to learn that this type of fungus has shown cancer fighting properties.

It was stormy here today, and I decided to spend the morning catching up in the kitchen.  I made homemade mayo, a batch of freezer jam to last us the month, three loaves of bread, a pan of cinnamon rolls for breakfast tomorrow, pancake mix, and five dozen oatmeal chocolate chip cookies.  I think that was it.  I was glad to get out of the kitchen this afternoon though and was determined that supper this evening would be super simple.  I had a cup or so of leftover spaghetti sauce in the fridge.  And what do you do with a bit of leftover tomato sauce?  Well, I automatically think beans and rice…Mexican beans and rice, that is.  Easy, yummy, and filling.  And did I mention easy?  Mix all ingredients together in a big pot on the stovetop.  Heat thoroughly.  Garnish with grated cheese and sour cream.

Even gave myself a new ‘do today.  I probably took about six inches off, and I’m not sure my family even noticed. 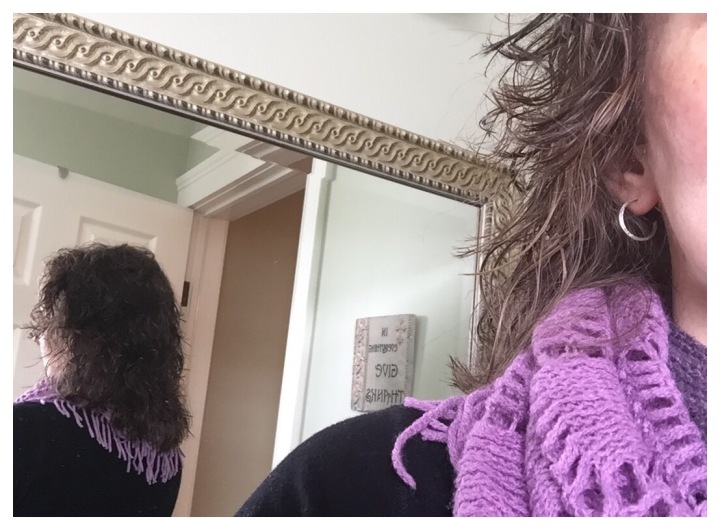 Maybe that’s because most of the week it’s just pulled back in a ponytail anyway!  And, yes, I cut my own hair.  It’s curly and VERY forgiving!  In fact, I cut everybody’s hair in this family…except the dog.  We keep the human hair cutting in-house so we can afford the poodle’s grooming every 6-8 weeks.  I don’t complain.  Believe me, I’d rather tackle my family’s hair than learn how to groom a lunatic sixty pound pooch!

We went skating with a few other homeschool families yesterday.  We really need to be more consistent with that activity for the kids to learn.  It just seems that for the last ten years or so I’ve either been pregnant or toting around an infant.  Neither condition lends itself to being on ice so my girls have not had much opportunity to learn to skate.  They want to though, and it is coming slowly.  They just need to work on gliding instead of clip-clopping.  It will come.  And for $4 for a family of six to be entertained and exercised for an hour and a half, you can’t beat the value!

I’ll sign off with an entry from my commonplace from this week.  It’s a poem by Lord Houghton that was in my devotional book.

That perfect presence of His face,

Which we, for want of words, call Heaven —

And unresponsive even there

This heart of mine could still remain,

And its intrinsic evil bear

To realms that know not other pain!

Better down nature’s scale to roll,

Far as the base, unbreathing clod,

Than rest a conscious, reasoning soul

Impervious to the Light of God!–

Hateful the powers that but divine

What we have lost beyond recall,

That sounds the depth to which we fall.

I recently finished George Orwell’s 1984 for a local homeschool mom’s bookclub, and I couldn’t help but think of that story as I read the above.

When history is erased or rewritten; when evil is called good and good, evil; when love and truth are forbidden and twisted, there is indeed something lost beyond recall.  Only a hand, a voice reaching in from outside the chaos could ever reveal just how far fallen we are.  I think that’s why I was so disappointed with 1984.  My hopes were high that Winston would be that one to triumph, to break through the haze.  But instead it had a most unsatisfying conclusion!  That got me thinking about life for us in the nonfictional reality of planet earth.  We can’t see clearly either.  We are just as impervious to the Light of God.  But as I’ve been memorizing with the kids these past few weeks…

The true light that gives light to everyone was coming into the world.  He was in the world, and though the world was made through him, the world did not recognize him.  He came to that which was his own, but his own did not receive him.  Yet to all who did receive him, to those who believed in his name, he gave the right to become children of God. (John 1:9-12)

I sign off tonight, thankful for a Saviour Who came seeking us, Who knew how far we had fallen, how far we had rolled down “nature’s scale”, how unresponsive and evil and base and hateful and, well…just plain lost we were, we ARE without Him! 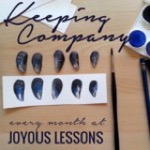 and linking up today at…

One thought on “Tidbits from Week 20”